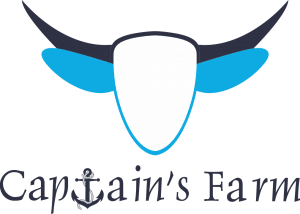 Are you aware that almost all brands today selling milks of HF and Jersey cows which has harmful A1 PROTIEN? Only a2 Milk comes from cows with hump on back, they naturally produce only A2 protein beneficial and not A1 – and that makes all the difference.

Why should you buy milk from captian’s farm ?

Are you aware that almost all brands today selling milks of HF and Jersey cows which has got A1 PROTIEN. Also almost all branded organic milk today contains milk of only HF and Jersey cows . Only a2 Milk™ comes from cows with hump on back, they naturally produce only A2 protein and no A1 – and that makes all the difference. Milk is produced at our farm in Village – Nadode, Near Karjat . At Captain’s Farm we are having only pure Gir Cow . Milk produced is totally chemical free and 100 % pure.

What is Type A2 MILK & Associated Benefits ?

A2 milk is cow’s milk that contains only the A2 type of beta-casein protein rather than the more common A1 protein commonly found in regular milk. A2 milk is licensed and marketed by the a2 Milk Company and sold mostly in Australia, New Zealand, China, United States and the United Kingdom.

The company marketing A2 milk claims that milk containing A1 proteins are harmful, but a 2009 European Food Safety Authority (EFSA) review of scientific literature found there was insufficient evidence to prove that bioactive peptides in A1 milk have a negative effect on health.

Cow’s milk contains two major protein groups; caseins and whey proteins and out of which caseins account for 80% of milk protein.(1) Among the caseins, beta casein is the second most abundant protein and has excellent nutritional balance of amino acids.

Recently in the month of April 2015, it is scientifically tested & proved by Gujarat Krushi (Agriculture) University at Junagadh, Gujarat that Gir Cow Mutra contains Gold, Silver and Iron etc. total 5,100 minerals in it!

What is Type A1 MILK & Associated Problems ?

Milk from dairy cows has been regarded as nature’s perfect food, providing an important source of nutrients including high quality proteins, carbohydrates and selected micronutrients. More than 95% of the cow milk proteins are constituted by caseins and whey proteins. Among the caseins, beta casein is the second most abundant protein and has excellent nutritional balance of amino acids. Different mutations in bovine beta casein gene have led to 12 genetic variants and out of these A1 and A2 are the most common. The A1 and A2 variants of beta casein differ at amino acid position 67 with histidine (CAT) in A1 and proline (CCT) in A2 milk as a result of single nucleotide difference. This polymorphism leads to a key conformational change in the secondary structure of expressed β-casein protein. Gastrointestinal proteolytic digestion of A1 variant of β-casein (raw/processed milk) leads to generation of bioactive peptide, beta casomorphin 7 (BCM7).[1] Infants may absorb BCM-7 due to an immature gastrointestinal tract whereas adults gather the biological activity locally on the intestinal brush boarder. In hydrolysed milk with variant A1 of beta-casein, BCM-7 level is 4-fold higher than in A2 milk. Initial studies on indigenous cow (Zebu type), buffalo and exotic cows (taurine type) have revealed that A1 allele is more frequent in exotic cattle while Indian native dairy cow and buffalo have only A2 allele, and hence are a source for safe milk.

Pasteurisation is a method of heating milk for a short time to kill off bacteria which would cause the milk to spoil.

The problem with pasteurization

Pasteurized milk is the majority of our milk today, what you would typically find in a grocery store. The problem is that this also kills enzymes, much of the healthy microorganisms, and more importantly it denatures the proteins. Essentially, high-temp pasteurization kills the milk and makes it much more difficult for your body to digest. This can typically lead to inflammatory bowel disease, among others

Raw milk is never heated and will maintain all of the enzymes and other nutrients that support digestion and absorption.